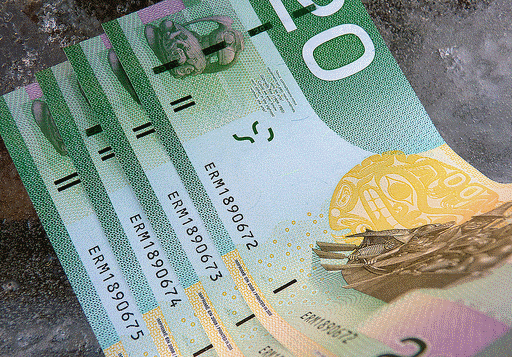 In September 2008 at the outset of The Great Recession, the global economy nearly collapsed completely.  Lehman Brothers and several major financial institutions nearly brought down the modern financial system, and there was actually a brief period of days in September and October 2008 when the very survival of the entire global economy was hanging in the balance.

During a normal recession, banks tighten credit markets, but in the fall of 2008, the interbank lending market complete froze up and banks were not lending to one another.  This credit freeze was a serious enough threat that it could cause a complete failure of every major financial institution in the developed world because every major bank is dependent on the overnight interbank market in order to finance day-to-day operations.

Central Bank leaders around the world joined together in a cohesive act of unprecedented unity and slashed short-term interest rates to historically low levels in an attempt to stimulate and loosen credit markets, and it worked.  Credit markets eased off a little and a complete financial collapse was averted. An uninitiated investor would tend to think that the U.S. dollar should get very weak during such a time when the very stability and existence of the U.S. economy was under such serious threat, but the reality is that the U.S. dollar experienced one of its most dramatic and emphasized bull market runs in history.

When risk aversion grips financial market, the U.S. dollar usually gets strong because in times of great economic uncertainty, the investing public still trusts the U.S. government.  Therefore, investors tend to park their capital in U.S. Treasuries and other government-backed debts since the default rate on these investments is virtually 0%.  During times of risk aversion, investors are not concerned necessarily with making money and earning yield, they simply do not want to lose money, and the U.S. dollar is the one currency on earth where investors can have a very high confidence that funds will not be lost due to a sovereign default.
Thus, when times are bad and investors are scared, the U.S. dollar will tend to strengthen significantly as investors rush into the safety of U.S. treasuries, but when the economy rebounds and there is no serious systemic risk in the global economy, there is really no incentive for investors to hold the dollar.  The Federal Reserve has slashed short-term interest rates to historically all-time low levels of 0.25%, and this exceptionally low rate is expected to continue well into 2012.  Therefore, if there is no significant threat in the global economy the U.S. dollar has tended to underperform significantly over the last two years as investors search for higher yielding investments.

Currently, the U.S. economic recovery is slowing significantly.  The Federal Reserve has made it clear they will be moving forward with another round of quantitative easing either in November or December, and the market and forex brokers have begun to price this news into the currency market and the dollar has gotten slaughtered.

Where is the Dollar Headed?

This chart, which can be pulled up in almost any forex demo account for free, shows U.S. dollar weakness in the most liquid currency pair traded, the EUR/USD.  Over time interest rates tend to drive currency value and the incredibly low interest rate in the U.S. has caused the dollar to be sold aggressively.  Thus, we come to the biggest fear of all:  if investors want no part of the U.S. dollar during times of normal economic growth and they want the U.S. dollar only during times of economic uncertainty because of confidence in the U.S. government, what will happen if investors lose confidence in the safety of the U.S. dollar?  Then, there would be no reason to ever hold the dollar.  Investors already want no part of the dollar during periods when the global economy is moving forward.  If investor sentiment toward the U.S. shifted, and investors no longer felt confident in the sovereign health of the U.S., then the days a cataclysmic collapse of the U.S. dollar could be a realistic happening.

Another round of quantitative easing from the Federal Reserve is going to begin really worrying some investors.  Keep focused on the sovereign health of the U.S.  As soon as credit rating agencies begin warning the United States, then the early stages of a severe run on the U.S. dollar could begin to unfold.

Daniel Burkhart is a trader by day, writer by night and part owner of Accutemp